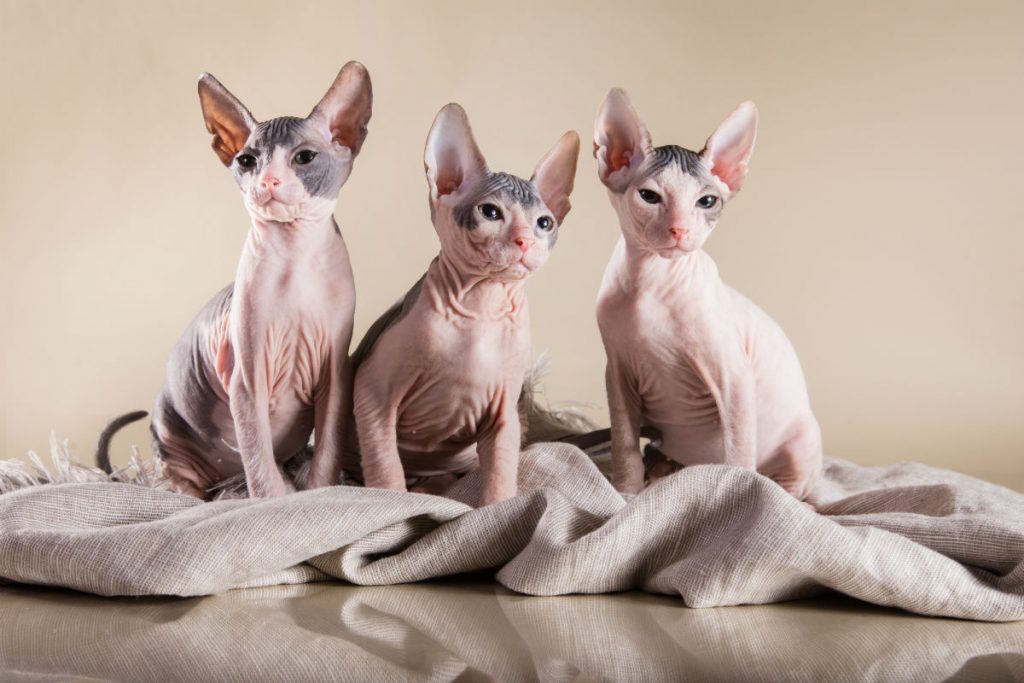 Most cats that we see are Domestic Shorthairs and Domestic Longhairs. These cats make awesome pets and are some of the most common pets in the world. There are several unique and much less common cat breeds out there. Here are just some of these cool breeds!

Sphynx: They are hairless or nearly hairless kitties. While they are hairless, they still have unique markings like cats with fur would have. For instance, you can have Calico Sphynx. These kitties lose heat more easily than other cats, so they often feel warm to the touch. A lot of Sphynx owners have sweaters for their pets for when it is cold out. These kitties are very social with their owners and frequently with other Sphynx cats. They are also very playful and curious. Some people say they are quite “dog-like,” as many meet their owners at the door and love people. This breed was developed in the early 1960’s. These kitties require a lot of work, as they require bathing and frequent ear cleaning.

Peterbald: They are also mostly hairless and they originated in Russia. These cats have a hair-losing gene. Some may be born with hair, but will usually lose it over time. Some are also born hairless, these cats come in all colours and patterns. These cats tend to be sweet and affectionate, smart and energetic. These cats frequently live well with others animals, people, and children. This breed originated in 1994.

Scottish Fold: They have a natural dominant gene mutation that causes the ears to fold over. The first Scottish Fold dates back to 1961. These cats may have a greater wax buildup in their ears compared to other cats, so may require more ear up-keep. These cats are very popular due to their appearance and their loving personalities, so frequently cost a lot more than other cats. These cats can be nearly any colour variation. Scottish Folds are usually very friendly and good-natured and are said to adjust well to any sort of household. They do not enjoy being lonely. Popular singer Taylor Swift, owns two Scottish Folds!

Persian: They are a very old breed that originated a long time ago. Recent genetic research shows they originated from cats in Western Europe, though it was originally thought that they originated in Iran (Persia). These cats have long hair, round faces and a short muzzle. They are considered brachycephalic (smushy-faced). Persians were present at the worlds first cat show, which was in London in 1871. Persian cats require a lot of grooming due to their long coats.

They can also have breathing difficulty due to their facial structure.

Japanese Bobtail: This breed has been known in Japan for centuries. They have a unique “bobbed” tail, so a short tail. These cats can be almost any colour but are frequently mostly white. It is said that these cats are a “lucky” breed and when you own one you will have happiness and prosperity in your life. These are very affectionate cats that do well with children. They frequently make soft, chirp like noises at their people. They are very smart and playful, these cats also tend to be attracted to water.

Savannah Cat: These cats are a hybrid breed that originated as a cross between a serval and a domestic cat. It was accepted as a new registered breed in 2001, so compared to other breeds it is very new. These cats have a tall and slim build, actual size and weight vary based on the type. They can weigh between 7 and 20 pounds. These cats should have a spotted pattern on their coats. Personality wise, many people compare these cats to dogs. They become very bonded with their owners and can play fetch and walk on leashes. Without proper socialization, these cats can have a dislike for strangers.

Savannah cats are amazing jumpers and can jump eight feet from a standing position. They are very curious and very smart, so can get themselves into trouble sometimes. Many of these cats like water, and will play in their water bowls or try to get in the shower or bath with their owners. They frequently chirp like a serval would, and their hiss sounds different from normal cats. These cats are not legal as pets in certain parts of the world. They are legal in Canada, but can require special import paperwork, and some provinces restrict the earlier generations.

Khao Manee: They originated in Thailand and is considered a rare breed. They can also be known as the diamond eye cat. These cats are totally white with a smooth coat. They can have blue eyes, gold eyes, or a mix of the two. These cats are athletic and muscular. They are also very intelligent. This breed is well known in Thailand, but has only become known in North America within the last few years. 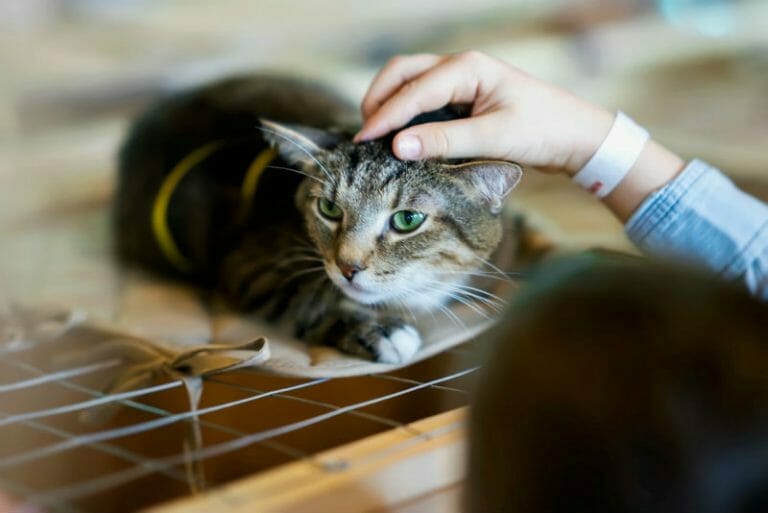