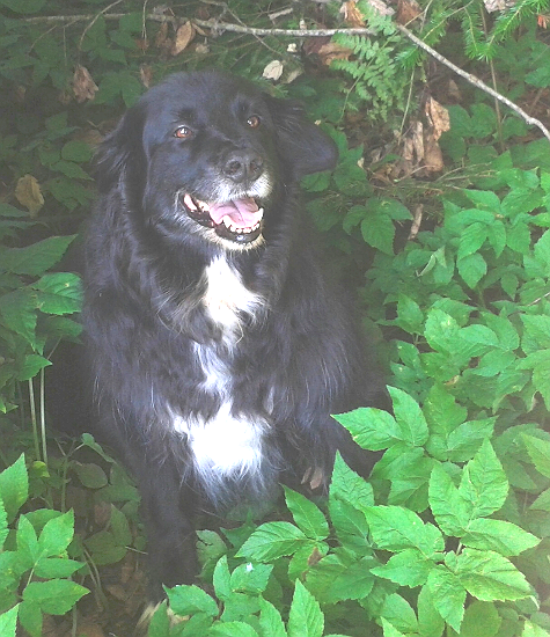 Most of us have had a pet in our lives, a first precious treasure that can teach us responsibility and how to care for something that isn’t ourselves.

I got my first puppy when I was five years old. I remember seeing her through the glass cage at the pet store at Penhorn mall. A litter of Border Collie puppies, there were only two long haired dogs and the other little girl was accounted for, so we gladly swept up our beautiful baby puppy and took her home. I remember carrying her through the mall and purchasing a green collar that she then in the future would chew on as it was too big for her. After looking up dog names we decided on Bailey, often most times shortened to Boo.

Our home seemed almost complete with this new puppy that turned out to be quite a troublesome little girl. She enjoyed tearing apart books and chewing through doorways, she was quite destructive for a little thing.

I loved her very much, we both grew up at my grandparents cottage running around outside and swimming in the lake. We got a kitten from a family friend around the same time we got bailey and ended up naming him Kahlua as we thought it might be fitting with the genre. They grew up together which made Kahlua into more of a dog than a cat. Bailey was a very beloved dog that brought my family joy and laughter.

This will be our first Christmas without her. There have already been a few firsts without her that have been unbearable to face. Such as her not being there to greet me first thing when I get home. I miss hearing her soft barks in her sleep as I watched her feet twitch as she took chase in her dreams.

In  April, Bailey began suffering from seizures. They were only about 5 minutes and consisted of her lying on the ground and kicking her legs furiously and breathing very heavily as well as frothing from the mouth. We didn’t know why she was having seizures, after taking her to been seen at the Vets they took some bloodwork and said it looked amazing, that she had the bloodwork of a four year old dog. Old age isn’t a disease, but it is a factor that can affect your dog’s health. The Doctors predicted we had about two months left to cherish her.

It wasn’t until August 22, 2017 at three AM in the morning. My mother and I woke up to Bailey having a severe seizure, unfortunately this one was more serious than the rest and required us to take her to the Metro Animal Emergency. Then we had to make one of the hardest decisions to put her down. Losing a family member like that is really something so very hard, and at the time I was doing my placement at Harbour Cities Veterinary hospital. After it happened I told them I couldn’t come in that day as I was very distraught. I was overwhelmed by the kindness I received from them, they were beyond understanding and gave me all the time I needed. When I went back to work everyone gave me their condolences and they surprised me with a card that they all signed. Six weeks later they hired me at Harbour Cities and I couldn’t be happier to work with a group of people. I won’t forget all the things Bailey taught me and the adventures we went on, I miss her terribly.