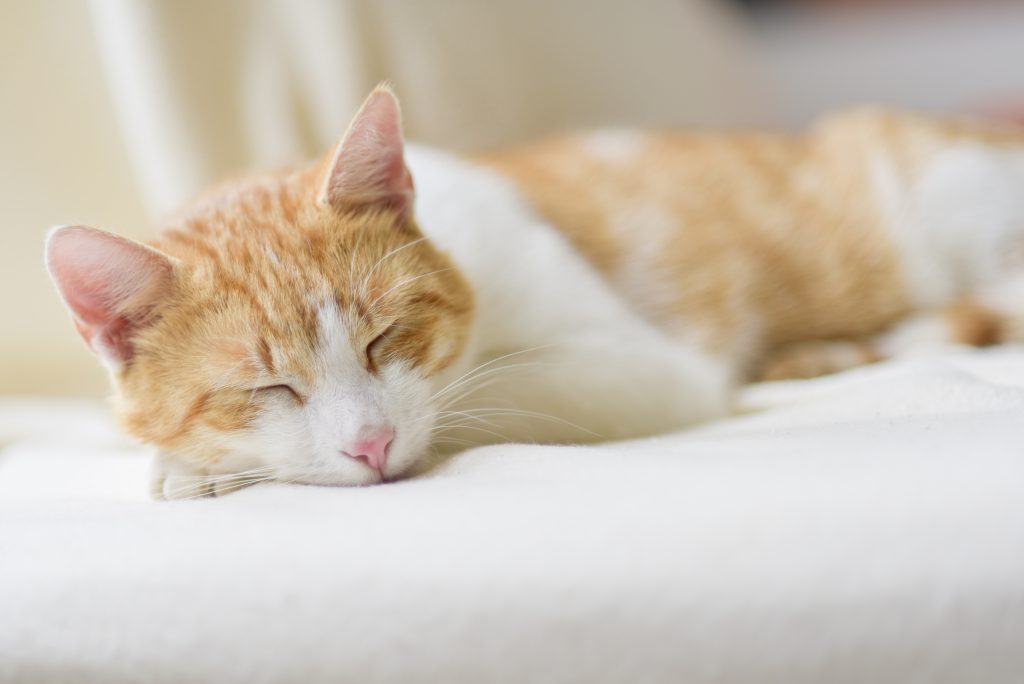 Over the past 25 years of practicing veterinary medicine, I have had the pleasure and honour of meeting thousands of cats and dogs and due to the shorter life span of our patients there are many that I have had the privilege of knowing from “cradle to grave”.  These animals have taught me many lessons about strength, perseverance and unconditional love.  One patient that holds a special place in my heart is Deja Vu.  She was a tiny 2 lb stray tabby kitten who was first brought to our clinic on Jan. 2, 1995.  Fortunately for her she was taken in by wonderful women who raised her and provided the best of care.  She grew, but not to much, at her heaviest she weighed in at 7.5 lbs.

In June, 2002, during her routine annual exam she was found to have a tennis ball sized mass within her abdomen.  An exploratory surgery followed in which a tumour was found attached to her left kidney.  The tumour and kidney was removed.  Deja Vu came through the surgery like a trooper and we were all relieved until the histology report came back.  The tumour was classified as an osteosarcoma (bone tumour) and the pathologist felt it was most likely a metastatic ( or secondary) tumour and that there was probably a primary tumour within one of Deja’s bones.  I pored over her previous radiographs looking for an abnormality in her skeletal system but found none.   Although very rare- maybe this was the one and only tumour.  About 1 month after surgery, we checked Deja’s kidney function.  Cats, like humans can live well with only 1 kidney but we weren’t sure if her other kidney was functioning normally.  Bloodwork showed a slight elevation in creatinine which indicates a decrease in kidney function.  Although worrisome, Deja continued to thrive so we switched her to a renal diet and continued to monitor her kidney function which remained stable for years.

When in early 2014, at the age of 19, Deja Vu began showing symptoms of worsening renal function her owner brought her in for twice weekly fluid treatments to keep her hydrated and comfortable. We did not expect her to live much longer but 3 years later, her owner was still making the twice a week trip for her treatments and Deja continued to be as feisty as ever.

Deja Vu had overcome a poor prognosis more than once and showed us that there is always hope and the power of love between a feline and a human.

She did leave this world on June 3rd of this year but her spirit will live in my heart forever.