What People Don’t Tell You When You Get a Puppy 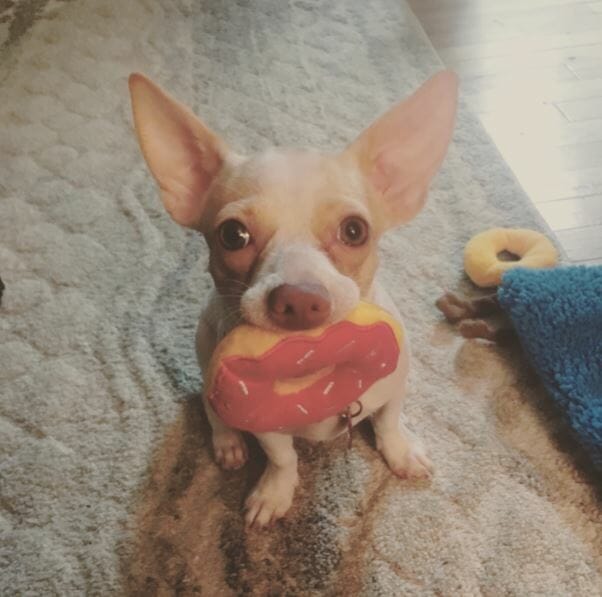 In August 2018 I decided that I was ready to get a puppy. I had been thinking about it for a long time, and I was going to start looking to see what was out there. The breed was obvious for me; I already have 2 Chihuahuas, what’s one more? My boyfriend was however not on the same page as me, he thought we weren’t ready, but that did not stop me.

Once I told my mom I wanted another puppy I got flooded with adorable Chihuahua puppy photos, emails about when they are ready to go home, and when did I want to come and meet the puppies. I went and saw a couple of different litters, but it just didn’t feel right. I knew my next addition was out there and I just had to find it.

On Saturday, August 18th, 2018, I went to see a litter of puppies that was sent to me by both my mom and boyfriend – so much for not wanting another puppy. I convinced my boyfriend to come with me, hoping that he would fall in love. When we arrived three little puppies were running around, two came right up to us, while another hid behind some plants. We spent some time meeting the parents and snuggling the two that were wanting attention. Right before we left this tiny little puppy that had been hiding behind some plants came over and sat beside me. I picked her up, and what a goofy little thing she was, she had an obvious overbite, and she snuggled right into me. At that moment I knew that she belonged to our family, My boyfriend and I agreed that we would talk about it, so I put her down and began to walk out the door, this little puppy ran after us trying right then to leave at the same time.

On Sunday, I had made up my mind, she was coming home with me that day! My boyfriend was at work and really couldn’t stop me, and I knew once she was home he would love her just the same.

So, off I went to pick up this puppy. I was so excited to get her home, but I realized I had nothing ready for her. I didn’t have any puppy toys, no kennel, no bowl and I had no idea what I was going to do with her when both of us had to work the next day. I had no idea where she is even going to sleep, no food for her, and no name.

The first week was a dream; Penelope slept, listened, fit right in, it was pure bliss. Then she became comfortable in her environment and the terrible two’s set in – two weeks in, what did I sign up for? This quiet, adorable puppy became this wild, loud, obnoxious little rug rat I’d ever seen. She was completely different than my other two dogs, and I was completely unprepared again. We went to puppy socialization so that she and I could learn together.

One thing that no one ever told me is how different female dogs are then males and training a puppy is significantly harder in a multi-pet household. It might seem obvious, but at that moment when I decided to get another dog, the thought never crossed my mind. I figured I had done it before, and I can do it again.

Penelope continued to “test” my knowledge, and patience throughout her puppyhood. She wanted to eat everything, we made it to the Metro Animal Emergency Clinic with a staple ingestion and each time she got into something it trained both my boyfriend and I. We started thinking about what circumstances caused her to eat, and get into things she shouldn’t, why is she stealing laundry and shoes and how can we change the routine we’ve had with the other three animals to suit her better?

We figured out pretty quick that she got into most of her trouble when she was bored when we go out everyone sleeps, but Penelope was a puppy, she wanted to play! We got up earlier, I played with her more, and we buckled into a training program. Once we implemented changes in the routine and trained ourselves not to leave anything out things began to go a little smoother.

I walk Hiccup, Sneeze, and Penelope all at the same time, and sometimes I do not have it all together. Some days are easier than others, some walks go smooth, and sometimes we have to cut our losses and go home. I have heard people pass me and say “oh, you have your hands full,” or “oh my gosh, they’re so cute,” and begin to come over, which is not a good idea with three dogs, one person, and two hands. I have heard people say to their children “oh, they’re going to keep walking, and not stop so you can’t say hello”, but what they don’t realize is that one of my dogs hates children, he’s small, but hates them, and that maybe the walk has been really positive, and I want to keep it that way.

People will tell you how your dog should behave, and have many opinions about training, but what they don’t tell you is that every dog is different. Every dog has a personality, and that training takes years, not weeks. I am nowhere near done my training with Penelope, but each day is a new day, and I always have a pocket full of duck liver so that each day is at least a positive and happy day for her. 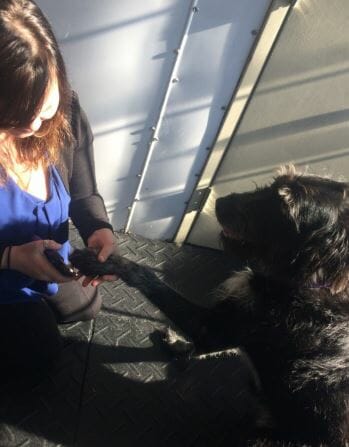 Effective immediately, we will return to our Closed Door Protocols.

Have you welcomed a new furry family member to your home? Visit our Must Know New Pet Owner Information page for useful resources and helpful recommendations for new pet owners.