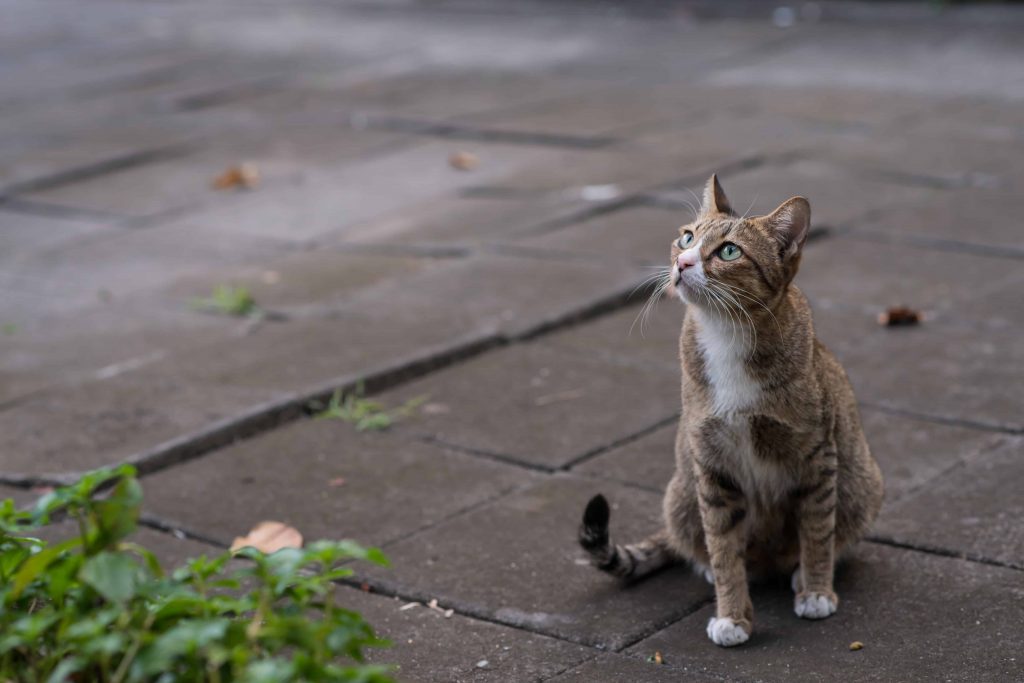 Everyone knows someone with hay fever. Airborne pollens, moulds, dust particles, etc. are inhaled, and soon the sneezing and sniffling begins. A simple way to think of atopy for pets would be simply saying that the airborne allergen is inhaled, but instead of sneezing and sniffling, the pet gets itchy skin. In fact, this was what we thought was happening for many years but the situation turns out to be more complicated. Airborne allergens gain entry to the skin through a defective skin barrier, and from there, their proteins are presented to the immune system. Cells of inflammation migrate back to the skin, and soon the itching and scratching begin. The allergens come from the air, but the itch is manifested in the skin.

There are many reasons for pets to itch: parasites, allergy to flea bites, food allergy, secondary infection and the list goes on.

The following are findings in the history and examination of the patient that might lead to a diagnosis of atopy.   In fact, meeting five criteria from this list yields an 85 percent accuracy for the diagnosis of atopic dermatitis, at least for dogs:

Young age of onset
Seasonal itchiness due to atopy tends to begin early in a pet’s life (between ages 1 and 3 years in 70 percent of dogs diagnosed with atopy). Food allergy tends to begin later (more like age 5 or 6 years in dogs) or earlier (less than 6 months of age). Age at which itching first manifests is not as reliable a sign in cats as in dogs.

Good response to steroids
Whether the patient is a dog or cat, itchiness due to atopy responds rapidly to cortisone-type medications (prednisone, depomedrol, dexamethasone, etc.) as does itching due to insect bite allergy.
Food allergy is more variable in its response; it may or may not respond well.

Chronic or recurring yeast infections in the skin
Yeast (Malassezia pachydermatis) live on the surface of the skin normally, but with all the changes allergy causes to the skin’s microenvironment, yeast will proliferate and create a stinky, thickened, pigmented skin that resembles elephant skin or even tree bark. Environmental allergy is a strong predisposing factor in developing yeast dermatitis.

Ear margins NOT involved
Ear margin involvement is suggestive of sarcoptic mange and would lead one away from airborne allergies.

Lower back area NOT involved
The lower back is the flea bite zone. There are few conditions other than flea bite allergy that causes itching in this area, so if this area is involved, make sure flea control is achieved before further evaluating the skin.

Seasonality of the itching is also a clue towards an airborne-related allergy, but since there are many climates where seasons are ambiguous, this is not necessarily a hard and fast feature of atopic dermatitis.
It should also be noted that while skin testing and blood testing are used to make immunotherapy sera to treat atopic dermatitis, reactions and positive results on these tests do not contribute to making a diagnosis of atopic dermatitis.

Many normal animals will have positive results. These tests are for animals where the diagnosis of atopic dermatitis has already been made based on the above criteria as well as ruling out other itchy diseases.

Atopy is associated with a pattern of irritation in certain parts of the body.
In dogs, these areas are: around eyes and mouth, ear infections, belly, armpits, skin around anus, legs and feet

Food allergy, which is best thought of as a form of atopic dermatitis rather than as a separate disease, has a similar irritation pattern but a different history.

In cats, the irritation pattern is not as characteristic. There are four common manifestations of atopy. Unfortunately, these same irritation patterns can be found in numerous other skin conditions and, in fact, up to 25 percent of atopic cats have multiple types of allergies.

Stay tuned for Atopy treatments to be discussed in a future blog post.