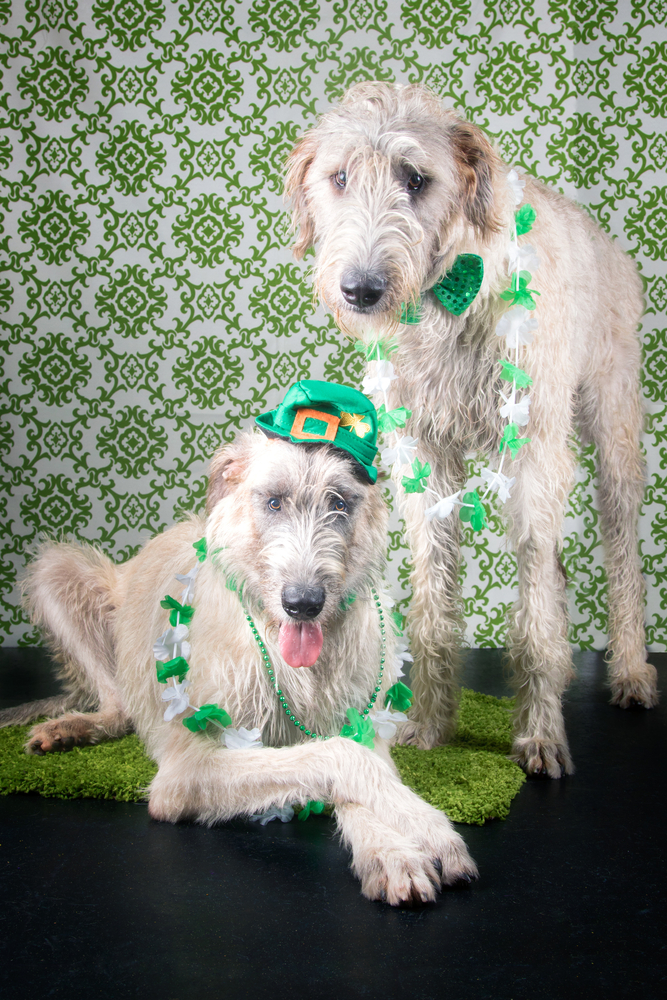 March 17, 2019, will soon be upon us. This is the day of St Patrick’s Day, a celebration of the Saint that brought Christianity to Ireland. It gained popularity for many reasons, however, giving revellers a 1-day reprieve from lent certainly has helped!

Why am I talking about Saint Patrick’s Day? I’m not really. I am, however, talking about the many breeds of dogs that I see that have originated in Ireland. For example, the Wheaton Terrier, Kerry Blue, Irish setter are just a few examples. Ireland does not have a national dog, but if it did, and I risk criticism here, it would have to be the Irish Wolfhound.

The Wolfhound is one of the tallest breeds (30-34 inches), on average taller than even Great Danes, and tend to be more slight/lean (100-140lbs). They are considered a sighthound, based on its ability to visualize its landscape and perceive unlike scent hounds for example (such as Beagles). The Irish Wolfhounds that I see tend to be easygoing, introverted, intelligent thinkers that are generally quiet. They really can be quite gentle giants.

Unfortunately, this is a breed that does not have a long life expectancy. The average lifespan is only seven years. Dilated cardiomyopathy aka heart disease and osteosarcoma aka bone cancer are the leading causes of death. Also, like most deep-chested dogs, gastric torsion (bloat) is a common health issue.

If you are looking for a large, purebred dog, and have done your homework to ensure that they are the right fit for your family and lifestyle, consider an Irish Wolfhound. They truly are wonderful dogs.