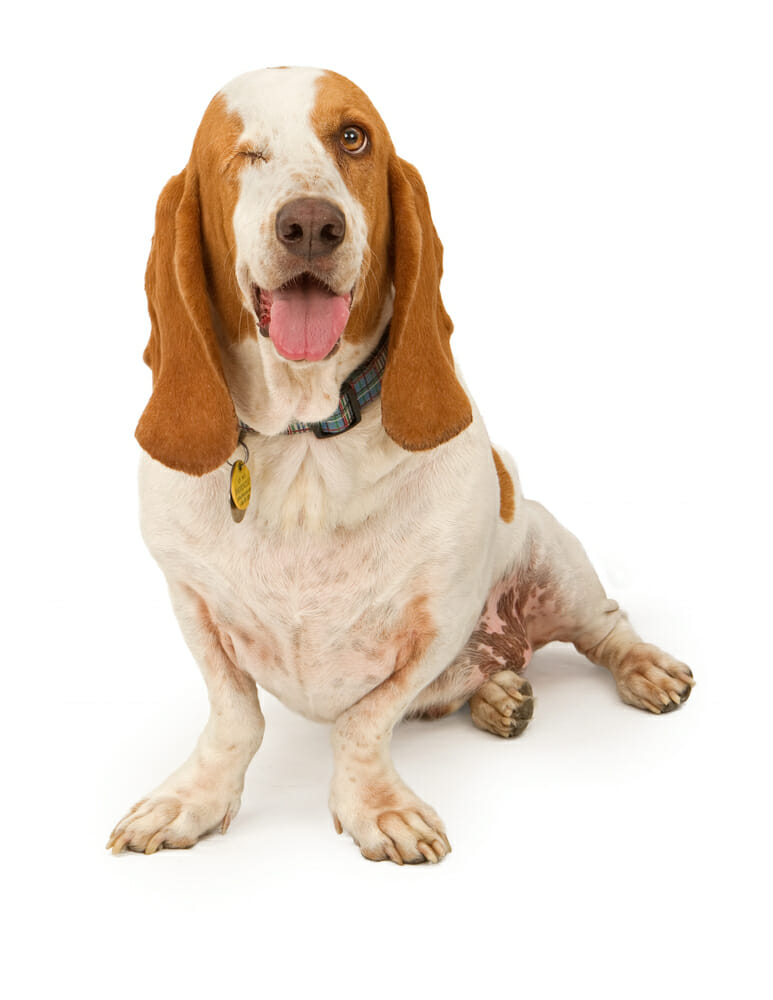 Bandit came in to see me to have her eye examined. The white part (sclera) of her eye had been discoloured for some time but was not bothering her. Recently the discoloured portion had become swollen and was gradually increasing in size. After performing several diagnostic tests, it was determined that Bandit had an eye tumour, and the best course of action was enucleation.

Enucleation is the surgical removal of an eye and is undertaken to prevent pain or spread of disease. The most common reason I see dogs for enucleation is medically non-responsive glaucoma (elevated ocular pressure) in dogs. In Bandit’s case, we were concerned about local and possibly systemic damage caused by cancer.

Enucleation in dogs is considered a treatment of last resort, when all previous attempts to salvage a comfortable visual eye have failed or if maintaining the eye serves greater risk than removing it. The procedure is carried out under full general anesthetic, and there is a high chance of a successful outcome. In Bandit’s case, the risk of ocular cancer-causing further localized tissue damage or spreading elsewhere throughout the body was deemed too high to maintain the presence of the eye.

From my perspective, clients initially have a hard time making this decision. The loss of an eye or partial vision to a person is seen as terrible. Not to take away from the seriousness of this in dogs, but I find my patients don’t care. They don’t have to drive; they don’t read the newspaper or watch TV. They don’t dwell on things beyond their control, nor do they internalize the sympathies from their friends/family. They depend upon so many other senses to gather information THEY NEED that the loss of an eye is…well… not so bad. That is their reality.

I enucleated Bandits eye, and the cancer is gone. For the One-Eyed Bandit – life is the same. She can still do the things that she loves to do, and thanks to enucleation, she can do these things painlessly for a long time.