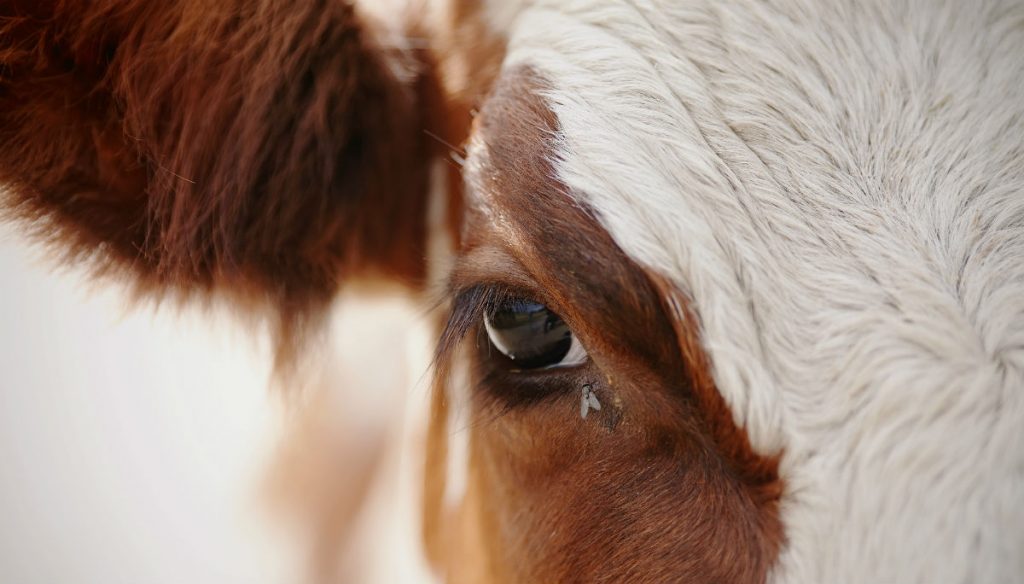 Outdoor pastimes during summer months exposed her to infection, researchers say. I found this article from CBC very relevant to the topic of parasite prevention. If you are worried your pet has a case of worms, please contact our clinic. Worms can come with many adverse health effects that can even lead to death.

An Oregon woman has become the first person worldwide known to have had an eye infestation by a tiny worm species previously seen only in cattle that is spread by flies that feed on eyeball lubrication, U.S. government researchers said on Monday.

U.S. Centers for Disease Control and Prevention scientists said 14 translucent parasitic worms of the species Thelazia gulosa, all less than 1.27 centimetres long, were extracted from the 26-year-old woman’s eye over a 20-day period before her symptoms dissipated.

The woman, Abby Beckley, was diagnosed in August 2016.

This species of Thelazia worm was previously seen in cattle throughout the northern United States and southern Canada, the researchers reported in a study published in the American Journal of Tropical Medicine and Hygiene. They said the study indicates that North Americans may be more vulnerable than previously understood to such infections.

If the worms remain in a person’s eye for a prolonged time, they can cause corneal scarring and even blindness, according to the researchers.

“Cases of eye worm parasitic infections are rare in the USA, and this case turned out to be a species of the Thelazia that had never been reported in humans,” said study lead author Richard Bradbury, who works with the CDC’s Division of Parasitic Diseases and Malaria.

Bradbury said previously it was thought there were only two different species of these eye worms that infected humans worldwide, and that Thelazia gulosa is now the third.

The researchers said the woman noticed a small, translucent worm in her left eye after experiencing irritation. Her frequent outdoor pastimes during the summer months exposed her to the infection, they added.

She was from the city of Gold Beach, located on Oregon’s coast along the Pacific Ocean about 65 kilometres north of the California border.

Previous cases of such eye worm infections have been reported worldwide, predominantly in Europe and Asia and in rural communities with close proximity to animals and with poor living standards, the researchers said.

Eye worms are found in a variety of animals including dogs, cats and certain wild carnivores.

You can find the original article here.