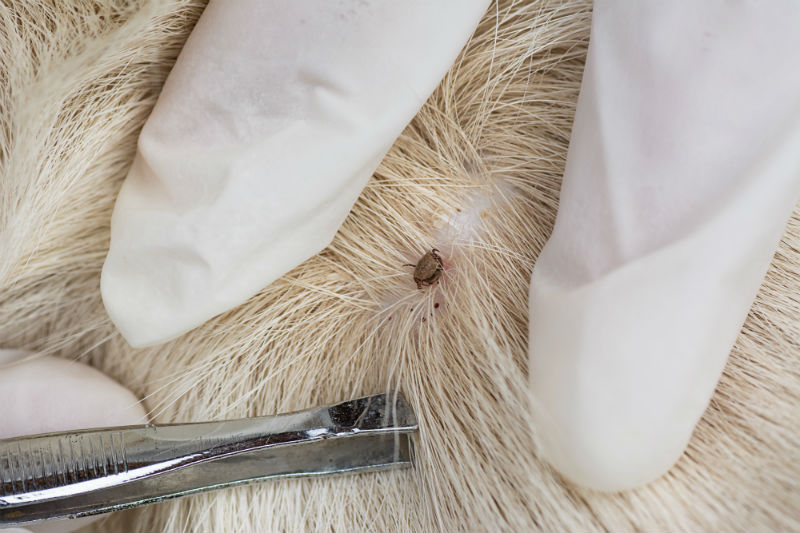 As springtime approaches us, we eagerly await the warmer temperatures, and so do ticks! We have all learned over the last few years on the diseases ticks carry and the type of ticks there are. How about what a tick’s life is like? What brings them to their adult state of being, when we are likely to find them attached to us and our pets and what is their journey like during their lifespan.

The first stage of a tick’s life is the egg

Adult female ticks that have taken a blood meal from their host lay their eggs late spring on the ground usually where they detached from the host. The eggs will hatch may through to September into the next stage. The eggs were fertilized by the male tick while on the same host as the female. Male ticks do not typically feed on the host but are present on the host to find a feeding female woman to breed with. The eggs are reddish-brown and are very tiny, female ticks lay several thousand eggs at one time, and after she lays the eggs, she dies.

In year 2 of the tick’s life they have now hatched into the larvae tick, early summer into fall, at this stage, they are no larger than a tiny seed and are barely visible, they also only have six legs at the stage. Once the larvae tick hatches, to grow and gather its energy for moulting it will seek out its first blood meal, it can, however, live up to hundreds of days without food. Once hatched the tick larvae wait on the ground until a small mammal or bird brushes up against it and attaches itself to begin feeding.

The larvae tick can stay attached for several days until it has consumed enough blood. It will then detach itself and drop to the ground where it will hibernate for the winter and moult into its next life stage. At the larval stage if the host they are feeding on is infected with the Lyme bacteria, or other pathogens the larva will likely become infected also.

After the winter in hibernation, the once 6-legged larvae ticks now have moulted and emerged as 8-legged nymph ticks. They will now seek out a blood meal to gain energy to moult into adults. Peak activity of the nymph stage is may through July and even into the fall and also potentially earlier than may due to the warmer climate. Nymph ticks are very tiny and are easily undetected until fully engorged and are responsible for nearly all cases of Lyme disease. After the nymph tick has taken a blood meal and gathered its energy it too will drop off the host to the ground and will hibernate for the winter and undergo moulting into the next stage.

After the nymph tick has moulted, it is now a fully developed adult tick. An adult ticks primary concern in their life is to consume blood to grow mate and reproduce. At this point, the adult tick seeks out a blood meal from medium to large mammals to mate, lay eggs and die. If the tick does not find a blood meal in the fall, they will hibernate during the winter and try to find a host in the spring. Because frost does not kill ticks however it is not unusual to spot them during a warm winter day. Diseases can be transmitted at this stage when the adult tick is feeding on the host. Once the infected tick is done feeding it regurgitates its saliva into the host, with that saliva comes bacteria from the gut which carries pathogens into the host.