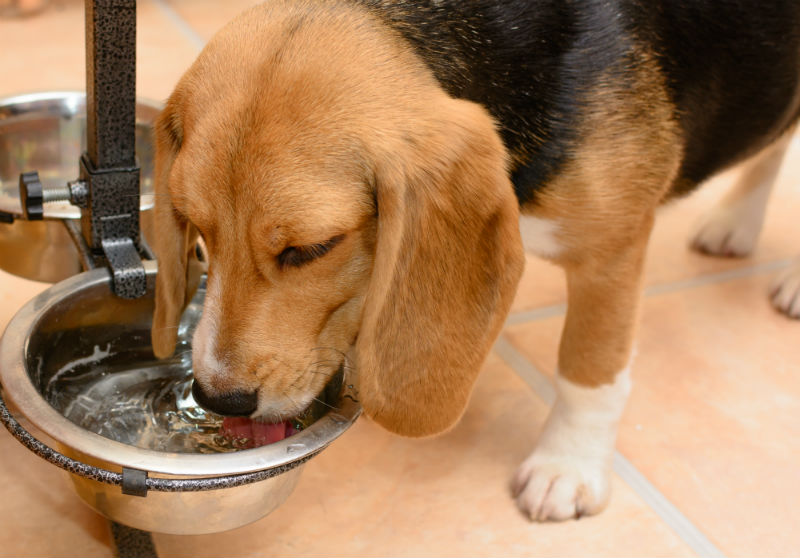 When we discuss diabetes, the most common disease we think about is diabetes mellitus, also called insulin or sugar, diabetes. There is a less common form of diabetes, called diabetes insipidus (DI). It is a disorder that affects water metabolism in the body, that prevents the body from conserving water. Diabetes mellitus and diabetes insipidus are both characterized by increased urination and increased thirst. Owners will often comment that their dogs are always looking for water and drinking far more than they did in the past. A 20-kilogram dog with DI would be expected to drink more than 2 litres of water a day.

There are two main types of DI are:

Causes of central diabetes insipidus can include head trauma, tumours, infections or they may arise from unknown causes, any disease that affects the kidney may cause nephrogenic diabetes insipidus, although it is a fairly rare disease.

If your pet is drinking more frequently, we will perform a complete physical exam and obtain a thorough history. We will also do a urinalysis and blood work, to rule out other causes of increased thirst. If we are suspicious that your pet may have DI, we may recommend a modified water deprivation test. If the cause is found to be neurogenic DI, the condition may be treated by supplementing with the hormone vasopressin. Long-term prognosis is generally good but does depend on the underlying cause of the disease. It is usually a permanent condition unless temporary head trauma caused it.

These pets should always have plenty of fresh water available, as dehydration can occur quickly and cause serious health concerns.