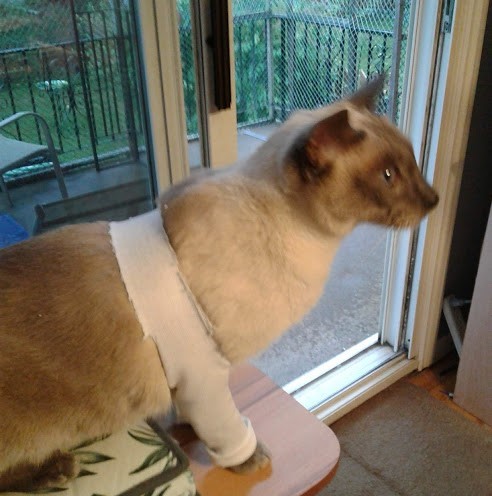 My ten years old Siamese cat, Zeke, was recently seen by Dr. MacKay because he had a lump on his leg. He has had several masses removed (6 in February 2016 and 1 in March 2017). In each case, they were sent away and came back as Mast Cell tumours. Approximately 20% of skin masses in cats are cutaneous mast cell tumours, and about 90% of those are benign. External skin mast cell tumours generally form on the head, neck and body; but can be anywhere. This one was on the inside of his front right leg, and it had to go just in case!

Surgery day arrived and bringing him in that morning was very stressful for all of us. First Zeke and my other cat, Owen, had to fast overnight. It is not fair or possible to feed one cat and not the other in our home! Once Z saw the carrier he knew he was going travelling. We arrived at the hospital and checked in. Even though I spend every day at the hospital, today was different. My kitty was staying, and I was going home until my shift at 3:30.

As I fed Owen when I got home and busied myself trying to not think of Z and how it was going, I realized everyone goes through this anxiety when they drop their fur babies off for any procedure. Even though the Techs, VAs and Dr. MacKay are fantastic at what they do, there is always a risk with surgeries.

Zeke did very well. He had a dental cleaning with two extractions and the lump removed. Kirsty texted me a picture of him in recovery and Dana let me know as soon as he was finished. I didn’t realize how anxious I was until I received the “all good” text.

The next few days my skills as at nursing were tested. Z licked his incision constantly. When I put an e-collar on him (to stop him from licking), he stopped drinking water, wouldn’t eat unless the dish was placed under his nose, and only used the litter box if we put him inside There were no excited Siamese meow; he was depressed! I used a piece of stockinette (stretchy material used to go over bandages or under splints) and made him a long sleeved “vest” to cover the front legs. This stayed on for one day! It seemed that was long enough to get past the itchy period. After that, he would give cursory licks instead of obsessive ones.

Yesterday he had his sutures taken out. Aside from a bit bigger scar due to his initial licking, everything looks great!

When you bring your fur babies into the hospital for any procedure and have to leave them, know that we have been where you are and will try our best to make their (and your) day as stress-free as possible. 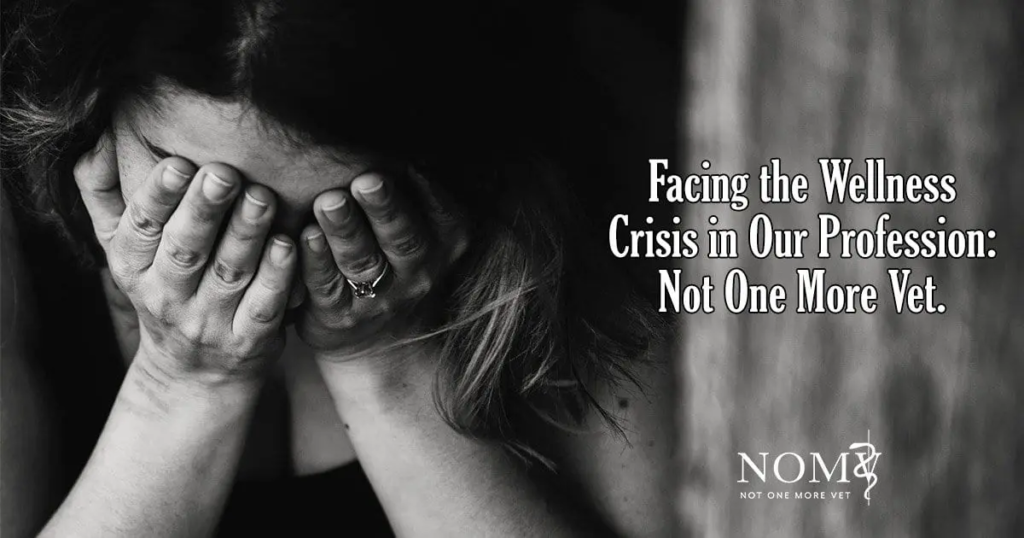